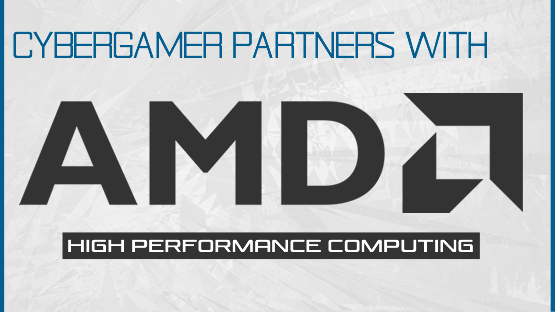 We are excited to announce that CyberGamer has partnered with AMD as a major sponsor for 2018. We have had a long-standing relationship with AMD which spans back to the very origins of our community. In the early days of building the site, we approached a number of companies looking for support and AMD was among the first to see the potential of Esports and help us grow.

AMD has had an affinity with gamers ever since the days of the innovative Athlon processors and ATI Graphics cards. With its latest Ryzen CPUs and RX series graphics cards, they are innovating once again and providing gamers with affordable technology to drive tomorrows gaming.

We will be adding 'Powered by AMD' to the CyberGamer logo and AMD will have a presence in all tournaments. We are proud to be able to further build our relationship with AMD in 2018 and look forward to another exciting year of CyberGamer Esports.

We have already opened registrations for the Australian Esports Masters which is due to kick off this week and CyberGamer Premier League which will start on January 30. Stay tuned to our Twitch channel (and the CG home page) for match and LAN final coverage.
Report
Quote

Should help out our 5v5 Scene

CyberGamer is so weird now.