Today we are excited to announce the LetsPlayLive Apex Legends Monthly Circuit #2! Each week players will battle it out in the arena for a chance to play in the monthly apex circuit finals and a share of cash allocated to their respective division.

With feedback received regarding circuit 1 we believe its time to change up the format and establish a better way of having players play and submit scores so its convenient for both staff and players. Circuit 2 will see the implementation of our "Create Match" which has been updated to include "Battle Royale" mode which I'll go more in depth on below!

During the next 2 weeks on the 21st & 28th of July we will be running 2 weekly competitions to establish a new format using the feedback we have received from Circuit 1, this will include a range of restrictions such as amount of games a team can play to the points in which they are scored. All changes for week 1 can be found highlighted in ORANGE

How does it work?
An example is below: 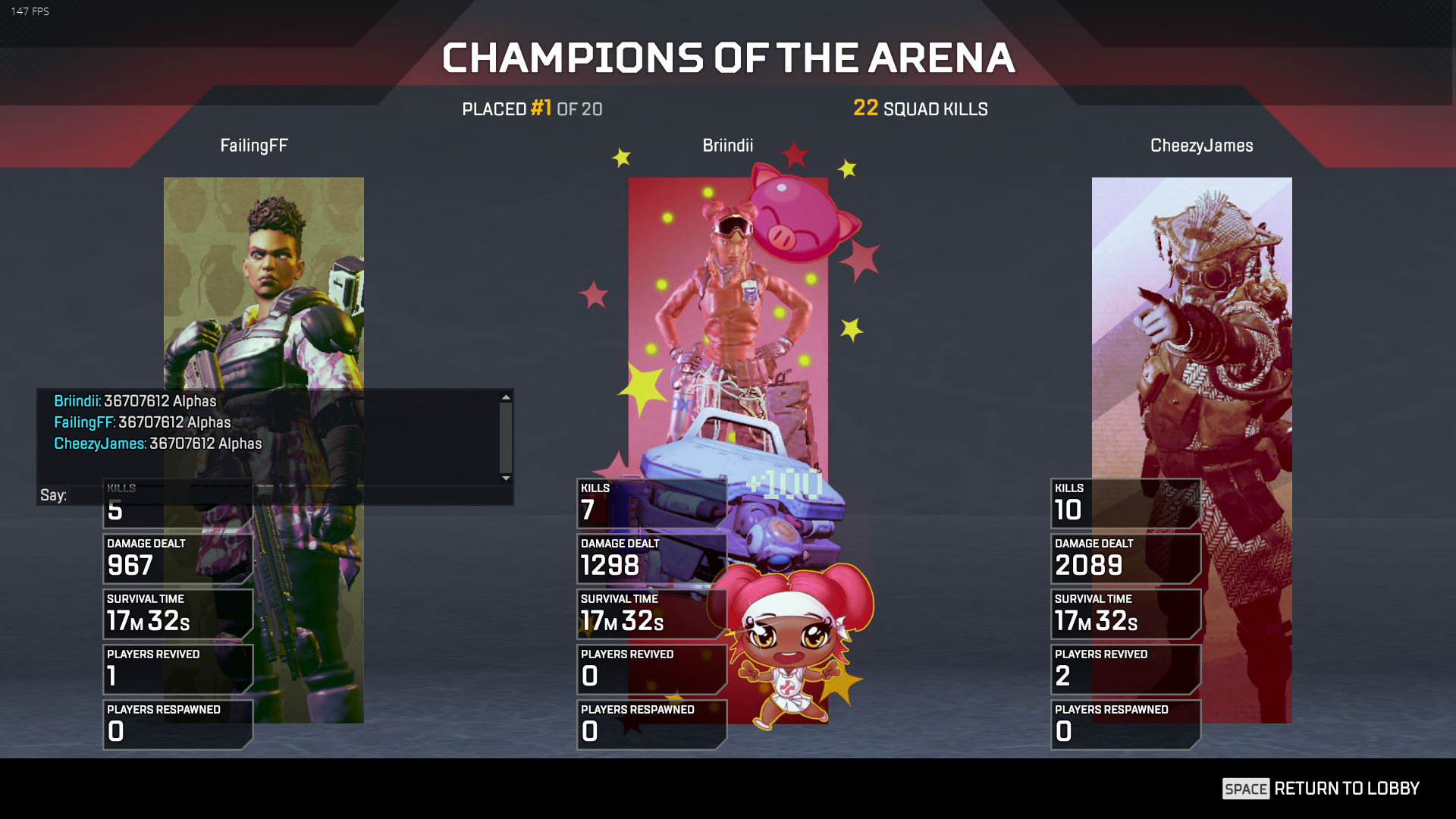 All teams in Open and Amateur must have at least 1 player streaming their team's matches for the time given.

This is to verify the screenshots you are using as being legitimate and to uphold the integrity of the competition.

To be clear, as there are 4 weeks in this circuit season, you will be assigned 1 code a week for a total of 4 codes. If your team cannot make it for one week on either match night, you will have an extra code for future weeks to use when you wish (by playing in two nights in another week).

*All games played from 2PM AEST - 4PM AEST on Sunday

Amateur will be making a debut, but a minimum of 8 teams is needed for it to run.

Players are required to have a subscription which can be found at https://letsplay.live/subscription/.

The prize pool for this upcoming circuit can be found below. The Top 4 from Circuit 1 will be invited, additionally the best preforming teams in the 2 week break period will be invited!

Please be aware that if we receive a large amount of sign ups, the prize pools will increase and more divisions will open, this is only a bare minimum.


As PC, PS4 and XBOX will be together you can sign up in the ladders here:


On behalf of the entire LPL Admin Team, we would like to wish every team competing the best of luck for the next coming weeks. For any questions, do not hesitate to ask by either posting in here, contacting an admin via Support Ticket Alternatively, you can join the community Discord channel!.

The content of the article gives me more knowledge, I like the posts from you. atari breakout