The winning deck of the season, and our casters All-Stars Season Deck!

Split 1 for High School League 2020 has just come to an end! It's been a fantastic season of Clash Royale, with over 65 teams competing for the title of best school in ANZ, as well as some amazing prizes thanks to our sponsors Vodafone NZ, JBL and TCL. If you're a Clash Royale fan yourself, be sure to keep an eye out for Split 2 later in the year. But until then, keep your skills sharp with some tips and deck lists from our winning team and our casting team. 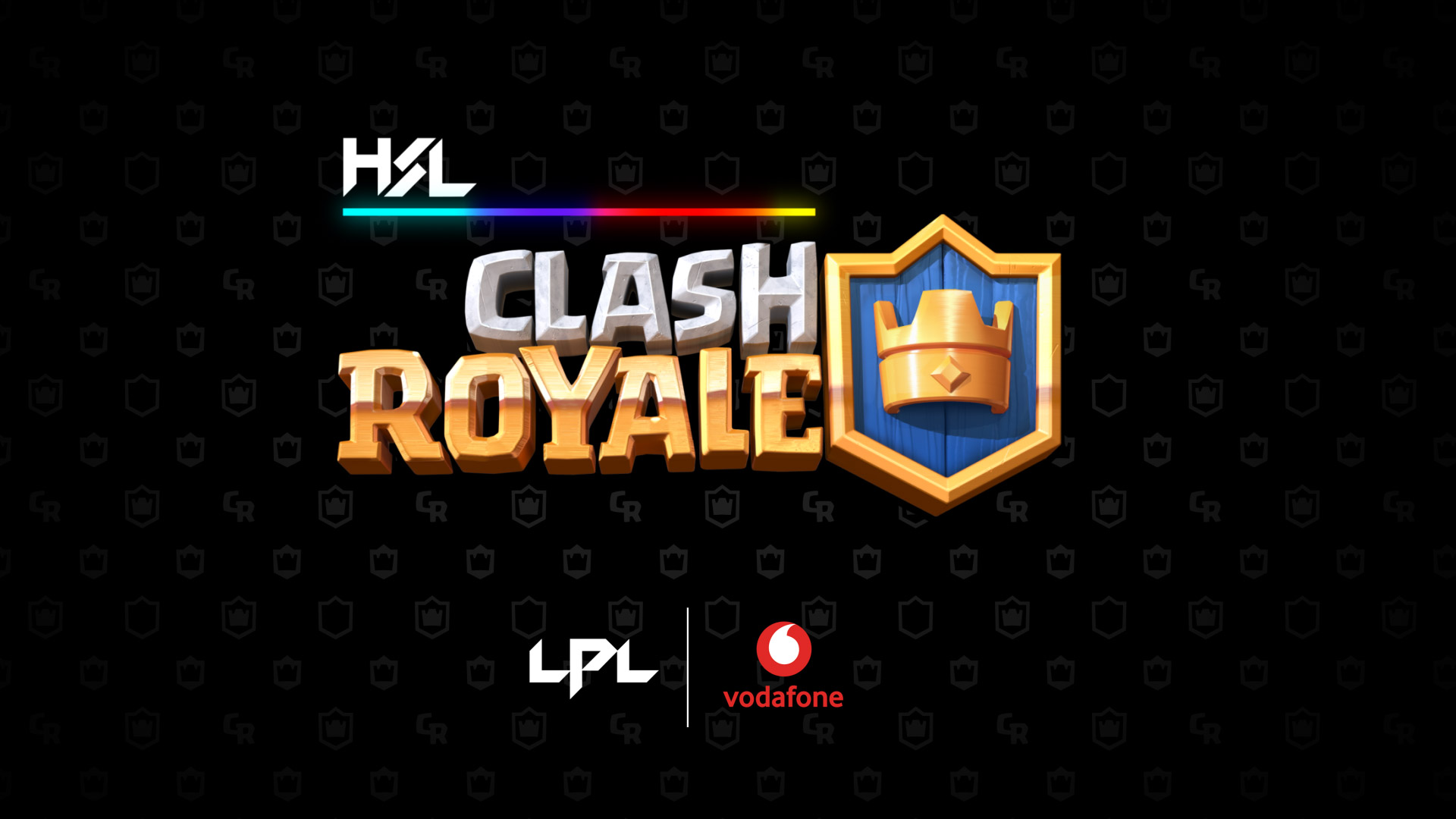 From our Clash Royale caster Blendy:

"One of the benefits of watching our High School League teams has been seeing how players craft their decks. With so many cards to choose from, there is a style that suits everyone, and you can put together a set of cards in any way that you like to play.

From there, your deck needs tweaking when you figure out how your opponent likes to play. This means that you have a counter for their attacks as well as a strategy for your own strikes.

For fun, I made a deck using the most popular cards we saw from all the teams during the Playoffs. Of course, this deck is not designed to work together as it is purely a collection of individual highlights from lots of player’s decks. It is also a little expensive - there are elixir challenges from having a deck with four cards costing 5-7. But, it is a lot of fun to play, so why not give it a go in one of your deck slots!

From a strategic perspective though, looking at this deck is also a useful tool to consider why these cards on their own are a great addition to your favourite deck. I’ve picked some key points for each card, and I’ve also made some suggestions of what cards you could swap out from your deck if you want to try some of the cards that our winners have used."

Here is my All-Stars Deck from the HSL Split 1 Playoffs: 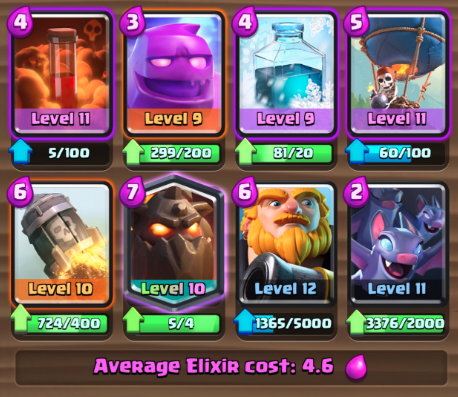 This was clearly the favourite for just about every player. So many games were won with Poison’s epic 8 seconds of damage to everything in its range! This is the must-add card of 2020. Try this in your deck instead of: Rage, Heal Spirit, Earthquake, Graveyard, Fireball

Either of these Golums were often used by our competitors. They are both solid units that target buildings and split into two smaller Golums after a hefty hit. The Elixir Golum has the added bonus of further splitting into Elixir Bubbles that can be gained by the player who attacks them first. Try this in your deck instead of: PEKKA, Sparky, Giant, Giant Skeleton, Goblin Giant

This is a handy spell that stops troops and buildings from attacking, giving you valuable seconds to get in with a follow-up snipe. Try this in your deck instead of: Lightning, Ice Wizard, Furnace

...and we saw one team’s favourite combo was Freeze followed with Balloon - which attacks the building and then drops its payload, blowing it up! Try this in your deck instead of: Giant Skeleton, Prince, Royal Hogs, any Buildings

This is the ultimate satisfying surprise to hold up your sleeve. Wait until you have a tower down to around 500, and as the 10-second timer ticks down, you reveal your last remaining unplayed card as Rocket! It shoots off to take out that tower, winning you the game in epic fashion. Try this in your deck instead of: XBow, Mortar, Fireball, Miner

A souped-up dragon that is hard to beat, and when it does explode, it reveals a circle of Lava Pups that attacks anything in range. We saw some relentless 2v2 double Lava Hound play from one team who mastered this one! Try this in your deck instead of: Any of the dragons

Another strong battler that targets buildings with the huge canon under his arm. A few shots can be game changing! Try this in your deck instead of: Any of the Giants, Pekka, Bowler

Low Cost, High Return - this is the ultimate bargain investment! For a cost of only 2, you get 5 angry bats that peck targets to death, doing a combined 400 damage every peck! Try this in your deck instead of: Minions, Minion Horde, Skeleton Army, Arrows, Fireball, Snowball

From our Split 1 champions, Nossal: 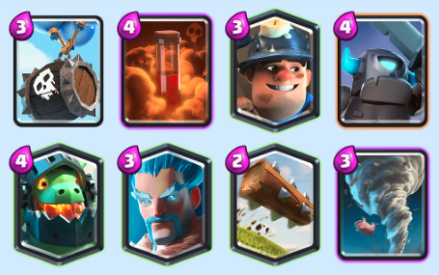 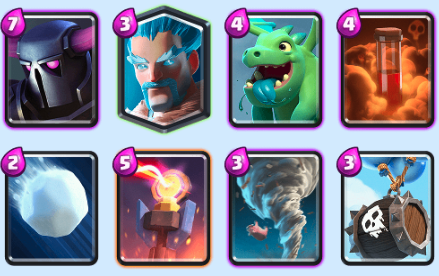 "These were the winning decks for Nossal in 2v2. Playing against the more established double Lava Hound decks, this deck opted for a quicker cycle and more control centred gameplay building up counter pushes with remaining the Baby Dragon, P.E.K.K.A and Ice Wizards to damage towers. Miner + Poison combo paired with double Skeleton Barrel as the end push." 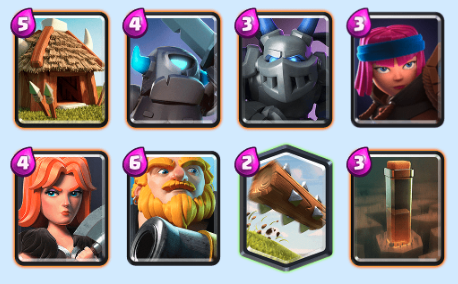 "This was the deck that won the most games for the 1v1 specialist of Nossal. The new buff for the Goblin Hut makes it versatile for all deck types and Earthquake is used as a counter to the potential Goblin Hut of the other player. The synergy of Mega Minion and the Valkyrie devours pushes with a Goblin Hut and Royal Giant."